This is one of the best place to visit in rainy season and after that.You can see 2-3 waterfalls there.
This place is around 20 km from satara city.

Route from Pune/Mumbai:
From Mumbai -> pune -> Katraj -> Shirwal -> check for satara exit on the right-> Go inside Satara -> Ask for Sajjangad road
You will reach near a tunnel.The road on right goes to kaas plateau.

The road on the left through the tunnel goes to Thoseghar waterfalls and Chalkewadi windmill farms.

Best time to visit
During the months of July, August and September.

Other places to visit:

Kaas Plateau:
The Kaas Plateau is around 23 kilometers from Satara city. It is a UNESCO World Heritage Site, were you can see a wide variety of flowers – more than 800 different species – during the months of  August and September.

Route from Pune/Mumbai:
From Mumbai -> pune -> Katraj -> Shirwal -> check for satara exit on the right-> Go inside Satara -> Ask for kaas road
You will reach near a tunnel.The road on right goes to kaas plateau.This road steadily climbs and reaches a plateau. After driving for around 15-20 kilometres, you will come to a wide plateau.

The road on the left through the tunnel goes to Thoseghar waterfalls and Chalkewadi windmill farms.

Best time to visit:
During the months of August and September. 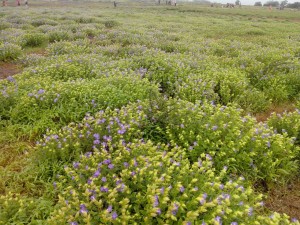 Google is a search engine that go through each website and collects information about it and stores it in database.
Then google search algorithm decides which page is most relevant for searched text and displays it first and so on.

Adding your website to google so that google SEO displays it:

How to improve the ranking of your website in google search:

There are few more parameters to be added.

First thing you need to do is register your account and then you can pay the MSEB bill online and also keep track of bill history.

How to pay electricity Bill:

How to get EPF balance online: 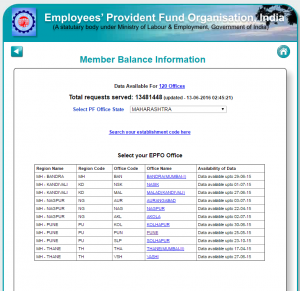 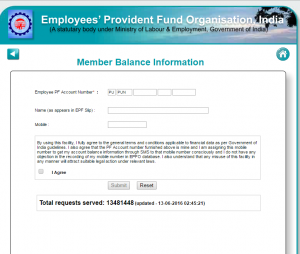 
Other details to be continued…

Rajgad Fort:
Rajgad was earlier called Murumdev fort, it was capital of the Maratha Empire during the rule of Chhatrapati Shivaji Maharaj for almost 26 years, after which he moved the capital to Raigad Fort.

Distance:
The distance of Rajgad fort is around 60km from Pune and 210 km from Mumbai. 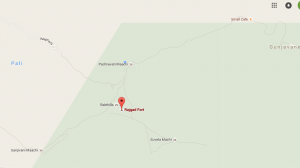 Route:
There are many different ways to reach Rajgad;

One of the most frequently trekked routes is from Gunjavane Village via the Chor Darwaja to Padmavati Machi which takes around 2.5 hours.
It takes around 3- 3.5  hrs for begineers

The Indian Foreign Service is the administrative diplomatic civil service under Group A and Group B of the Central Civil Services of the executive branch of the Government of India. It is one of the two premier Civil Services (other being IAS) as appointment to IFS renders a person ineligible to reappear in Civil Services Examination.
It is a Central Civil service as Foreign policy is the subject matter and prerogative of Union Government.
The Ambassador, High Commissioner, Consul General, Permanent Representative of India to the United Nations and Foreign Secretary are some of the offices held by the members of this service.
The Indian Foreign Service holds the distinction of giving India its- President, Vice President, Speaker of Lok Sabha, Foreign Minister and many distinguished Statesmen in past and present.

The service is entrusted to conduct diplomacy and manage foreign relations of India.It is the body of career diplomats serving in more than 180 Indian Diplomatic Missions and International Organisations around the world. In addition, they serve at the headquarters of the Ministry of External affairs in Delhi and the Prime Minister’s Office. They also head the Regional Passport Offices throughout the country and hold positions in the President’s Secretariat and several ministries. Foreign Secretary of India is the administrative head of the Indian Foreign Service.

IFS was created by the Government of India in October 1946 through a Cabinet note but its roots can be traced back to the British Raj when the Foreign Department was created to conduct business with the “Foreign European Powers”.IFS Day is celebrated on October 9 every year since 2011 to commemorate the day the Indian Cabinet created the IFS.

Nationality:
For IFS a candidate must be a citizen of India.

Age Limit:
Age must be between 21 to 30 for General category.
Candidates of SC/ST and OBC will get extra age 5 and 3 years respectively.

On acceptance to the Foreign Service, new entrants undergo significant training. The entrants undergo a probationary period (and are referred to as Officer Trainees). Training begins at the Lal Bahadur Shastri National Academy of Administration in Mussoorie, where members of many elite Indian civil services are trained.

After completing a 15-week training Lal Bahadur Shastri National Academy of Administration, the probationers join the Foreign Service Institute in New Delhi for a more intensive training in a host of subjects important to diplomacy, including international relations theory, trade, India’s Foreign Policy, History, International Law, diplomatic practice, hospitality, protocol and administration. They also go on attachments with different government bodies and defense establishments and undertake tours both in India and abroad. The entire training programme lasts for a period of 36 months

Upon the completion of the training programme at the Institute, the officer is assigned a compulsory foreign language (CFL)

The Indian Revenue Service (IRS), is the administrative revenue service of the Central Civil Services of the Government of India.
It is the largest Group A Central Service among st the organised civil services in the Government of India.
The Service functions under the Department of Revenue in the Union Ministry of Finance and is concerned with the collection and administration of the various direct and indirect taxes accruing to the Union Government.

IRS comprises two branches – IRS and IRS (Customs and Central Excise), which are controlled by two separate statutory bodies, viz., Central Board of Direct Taxes (CBDT) and Central Board of Excise and Customs (CBEC) respectively.
IRS serves the nation through discharging one of the most important sovereign functions i.e., collection of revenue for development, security and governance.

The procedure for becoming IRS Officer is the same as that of being IAS. It is just the difference about rank and preferred service cadre to choose for the different fields offered by the UPSC.

Nationality:
For IRS a candidate must be a citizen of India.

Age Limit:
Age must be between 21 to 30 for General category.
Candidates of SC/ST and OBC will get extra age 5 and 3 years respectively.