Malshej ghat
Malshej Ghat is a mountain pass in the Western Ghats range in the Thane-Pune district of Maharashtra, India.
The site is nestled in the lofty rugged hills of the Western Ghats.
The site is home to hundreds of different kinds of flora and fauna especially the avian population such as quails, rails, crakes, flamingos and cuckoos.
Pune to Malshej ghat distance:
It is around 138 KM from Pune.

State Bus Station is right next to the railway station. Any Ahmednagar Bound Bus will stop at Malshej Ghat.
From Kalyan Rail Station, one can take state buses that commute frequently between Kalyan and Ahmednagar.
It will approximately take 1.5 hrs by Bus from Kalyan. 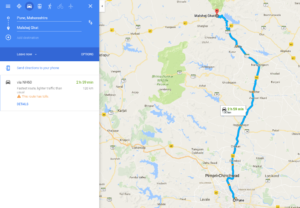